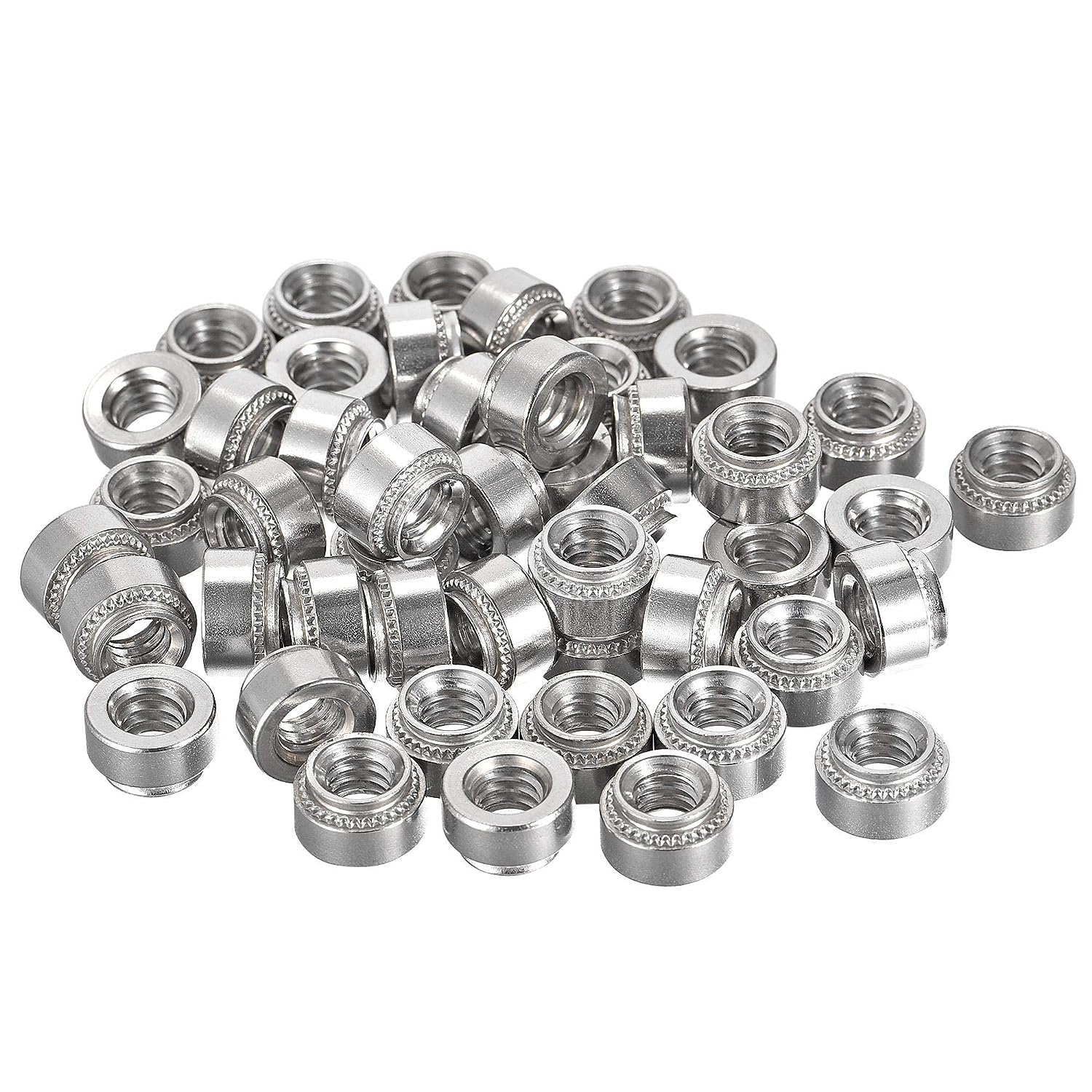 A swage nut or self-clinching nut is a type of nut or threaded insert that is used on sheet metal.

It permanently anchors itself to the sheet metal by swaging the surrounding material. Generally, the swage nut is made of a hard metal such as stainless steel, which is inserted into a pre-drilled hole in softer ductile material such as aluminum.

This is a popular method for adding strong, load-bearing threads to a relatively thin piece of soft sheet metal.